Set in the heart of Downtown Durango, the historic General Palmer hotel is Durango’s premier Victorian lodging. Each room is decorated in the authentic, Victorian style with unique replicas and antiques. Our luxurious rooms will take you back to a regal era and inspire curiosity. We offer a variety of rooms, from Family Palaces to Presidential King Suites. Enjoy an exclusive hot breakfast or start your day with a light, continental breakfast with gluten free options upon request, both of which are located in our enticing breakfast solarium.

Experience Durango and the Old West like a true local with our great amenities such as authentic country breakfasts, free downtown parking and more!

An Interview With The General Palmer Hotel

The General Palmer was built in 1898. Can you tell me a little about the history of the hotel?

The hotel was built by General William Jackson Palmer, who was a civil war General. He was the same man that built the Durango, Silverton Narrow Gauge. The hotel was built as a hotel and has always been one, it has also never been closed down. We have housed some celebrities in the past, I remember meeting Christie Brinkley, we have also hosted Ed Marinara from the old Hill Street Blues series, Michael J Fox stayed with as well as country singer Tanya Tucker.

With over a hundred years in existence I’m sure the General Palmer has quite a few interesting stories. What’s your favorite?

You are so right many, many things have happened here at the Palmer since it’s inception, I have worked here the past 19 years! There are always the random ghost stories or unexplainable incidents.

One of my favorite memories is the French family who stayed with us for a week, their little boy of about 5 years old had half a piece of a toy rubber snake that he loved and would carry around and play with much of the time he was here. Well darned if he didn’t loose that little piece that he had, he just knew it was somewhere her in the hotel. We looked all over the place and didn’t find a thing. It was so small about maybe 4 inches long and black so it wouldn’t be very visible to begin with. Anyway about 2 months later, long after they had left, I was vacuuming in the solarium and behind a chair I found that piece of snake, I was so excited. We tracked down their address from our records and was able to send the treasured toy home to the little boy. Of course the family was ecstatic. About 3 years later an older gentleman -82 years old- came into the lobby, he was a cyclist visiting from France who was participating in Ride the Rockies, he and I began chatting and it turned out that he was somehow related to the little boy and knew of the lost snake incident. He was able to relay to me how thrilled the boy was and how he “drug” that little piece of rubber snake all around with him. 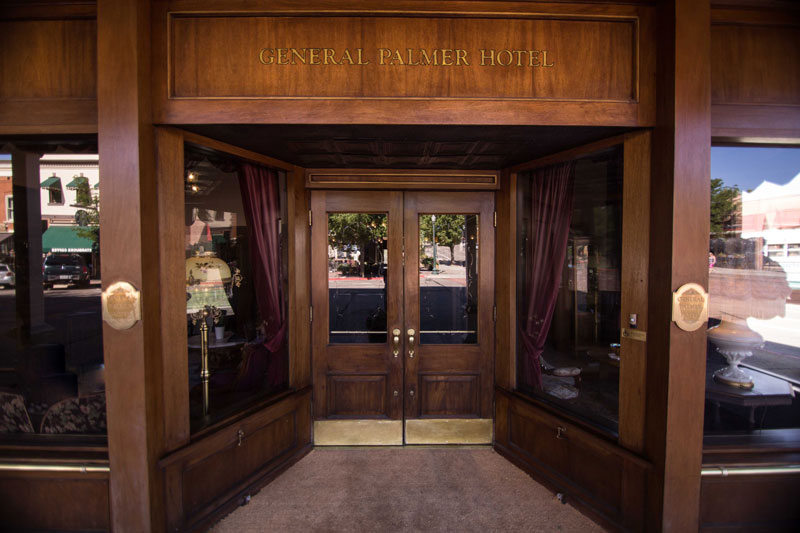