Hovenweep National Monument may be one of the most history-rich and mystery-filled destinations in the Four Corners. Nestled right on the line between Colorado and Utah, you’ll find 6 prehistoric villages at Hovenweep. The villages were homes to the Ancestral Pueblos. 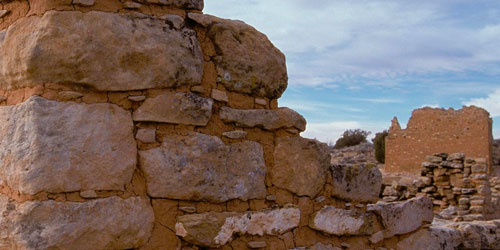 What makes the Puebloan villages at Hovenweep special? Even though these ancient villages have been part of the region’s landscape for more than 700 years, researchers actually know very little about them. That makes Hovenweep National Monument one of the most historic and mysterious places to visit near Durango. You’ll be mesmerized by towers barely balanced on boulders and precisely poised on ravines at Hovenweep in the Canyon of the Ancients.

There are 6 ancient villages at Hovenweep National Monument. Archeologists believe the villages were constructed between 1100 and 1300 A.D., making them more than 700 years old. Time has certainly taken a toll on these ancient structures and they now stand in ruins. You might see what appears to be a pile of stones or a stack that once served as a wall as you explore the 6 distinct villages or clusters of buildings.

The 6 villages at Hovenweep National Monument include the Cajon group, Cutthroat Castle, Goodman Point, Holly, Hackberry and Horseshoe, and Square Tower. The Cajon Group is perched on a boulder. The Holly Group is a summer solstice marker. All of these defining aspects separate the groupings and make Hovenweep an interesting place to visit. 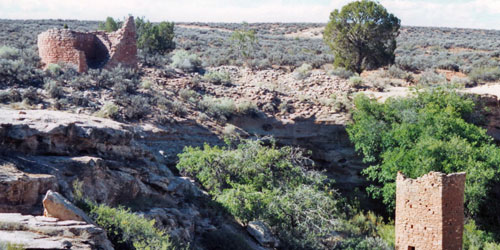 The Square Tower Group is the largest cluster at Hovenweep. Researchers guess that up to 500 people lived here at one time. You’ll find more than square-shaped towers here: D-shapes, circles, and ovals can also be found in this village. Some guides say that if you only have time to see one village, Square Tower is the one check out. Other villages have unique features, too. Cutthroat Castle is the largest remaining ruin. 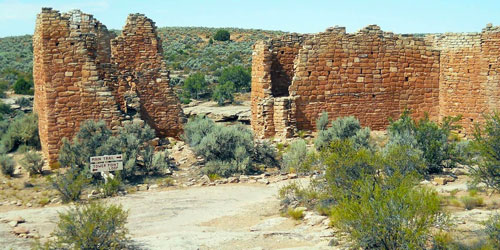 Hovenweep National Monument is located in a wild and remote part of the Southwest. The villages are shrouded in mystery and even the most studied researchers and archaeologists have unanswered questions about Hovenweep and the people who inhabited with buildings. The villages and ruins at Hovenweep were rediscovered by W.D. Huntington in 1854. Huntington was leading a Mormon expedition into Utah for Brigham Young. Guides in the area told Huntington the ruins were haunted and begged the party to stay away. 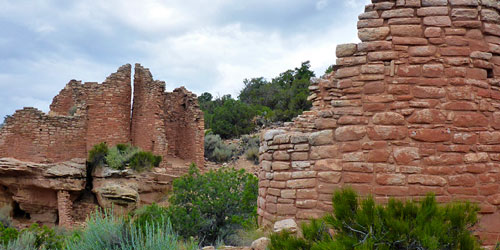 One of the mysteries surrounding Hovenweep is the craftsmanship of the buildings. The buildings were skillfully designed, but precarious placement on boulders and canyon edges raises questions. Additionally, researchers and archaeologists don’t know why the villages at Hovenweep were abandoned. While we do know that the Puebloans who called the area home likely migrated to the Rio Grande Valley around 1300, we don’t know why they left Hovenweep.

Drought, food shortage, warfare, or illness are possible reasons, but the exact cause for their departure remains a mystery. 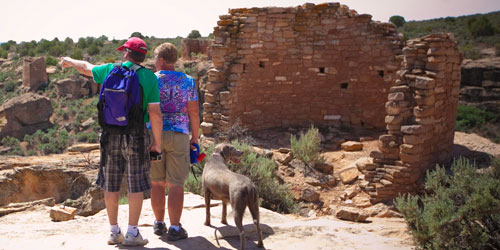 If you plan to see the monument by vehicle, consider a Jeep or SUV with 4-wheel drive to help you conquer mountainous roads and steep canyons. Despite the distance, Hovenweep National Monument is definitely worth a visit or day trip. Start your day at Hovenweep by checking out the Visitor Center, operated by the National Parks Service. Interpretive exhibits and rangers are on staff to answer questions will take some of the mystery away from the ruins.

Are you ready to make the mystery and history of Hovenweep National Monument part of your next Four Corners vacation? Browse Durango lodging, check out exciting Southwest Colorado attractions, and plan the adventure of a lifetime!

Book Canyons Of The Ancients Tours

Explore this Colorado national monument with experienced, knowledgeable guides that will take you around the Four Corners area to multiple archaeological sites from the Heritage Center, to Lowry Pueblo, Sand Canyon, and Canyons of the Ancients. 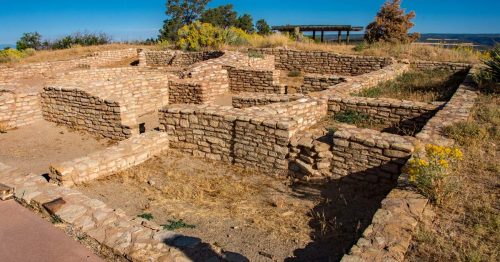 Canyons Of The Ancients Private Tour

Sit back and relax while our experienced, knowledgeable guides take you around the Four Corners area... 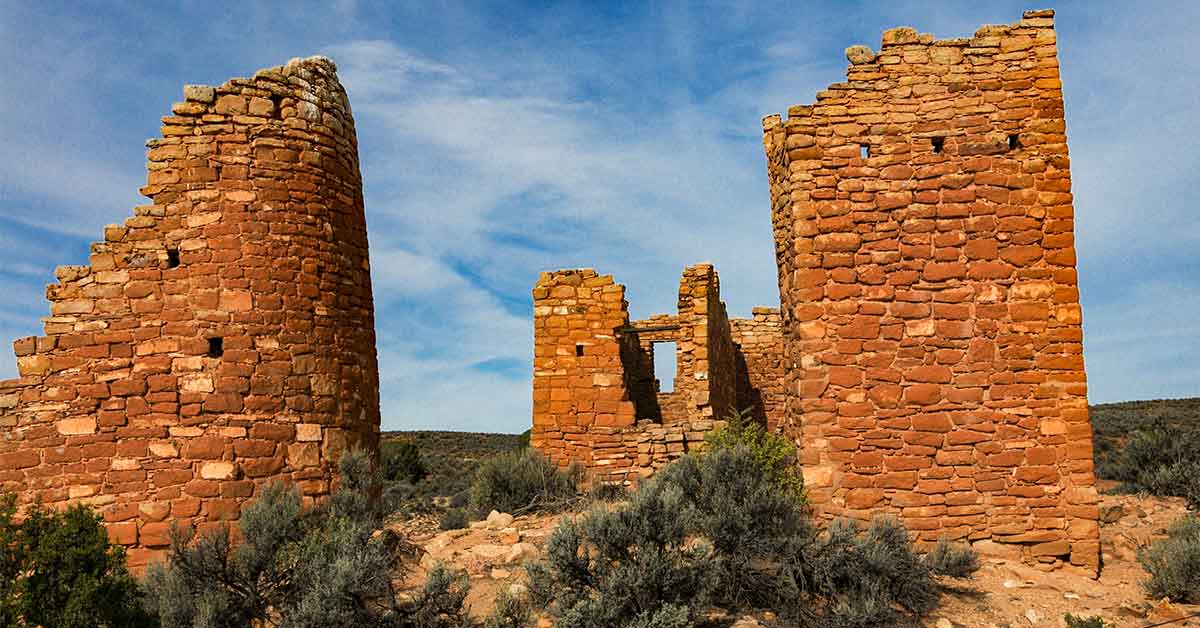 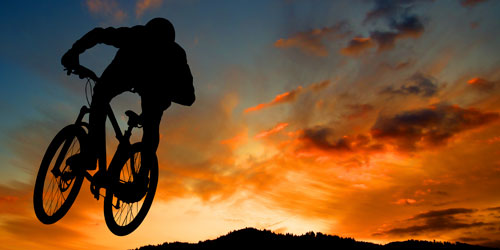