When you are planning a trip to Mesa Verde, there are some questions that cross most of the more than 500,000 visitors’ minds. For instance, someone might wonder what the weather is like or what facilities are open. Below you will find general Mesa Verde information. Find everything from tours to operational hours.

Where is Mesa Verde?

Mesa Verde National Park is located in Southwestern Colorado. The Mesa Verde Park entrance is 1.5 hour drive from Durango, Colorado in the Four Corners area of the southwest. 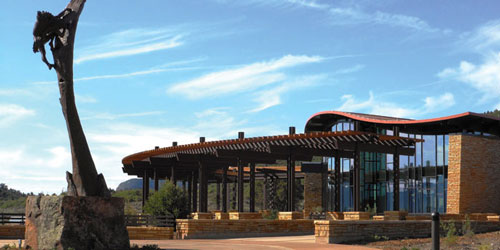 Mesa Verde National Park opened its new Visitor & Research Center in mid-December, 2012. This is where you purchase tickets to see the cliff dwellings of Long House, Balcony House, and Cliff Palace. The visitor center also features exhibits with information on the modern descendants of the Ancestral Pueblo people, several original sculptures and other pieces of art that reflect modern artists' perspectives on Mesa Verde, and more on the park's research collection.

If you are interested in learning more about Mesa Verde National Park or the puebloans, Chapin Mesa Archaeological Museum is located on Chapin Mesa, about 20 miles from the park entrance. The museum’s displays illustrate Ancestral Puebloan life, culture, and prehistoric artifacts, and other park items of interest.

*not including driver, fees good for 7 days only if tour maintains the same group of people for each re-entry

The following table shows the average temperature in Mesa Verde National Park for each month. Snow storms can occur as early as October or as late as May and summer temperatures can be in the 90s, so be prepared for weather. 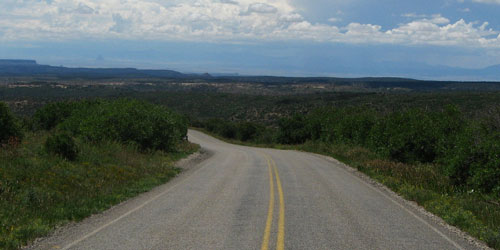 The roads inside Mesa Verde are steep and winding. Plan around 2 hours just for traveling into and out of the park. Trailers and towed vehicles are not allowed to go beyond Morefield Campground. These can be parked in the large parking lot near the entrance station. Wetherill Mesa Road is open from early May to late October, and due to its sharp curves and steep grade, vehicles are restricted to under 25 feet in length and 8,000 lbs and bicycles are not allowed.

Aside from staying in Durango or other nearby locations, Mesa Verde National Park also offers accommodations.