While many people recognize the property as a beautiful, eye catching sight in the heart of Downtown Durango, few know the full history of the Strater Hotel. With its beautiful bricking and extravagant white sandstone lining the exterior, the Strater is one of the most distinct hotels in Durango. You may have seen this incredible hotel in pictures, or in person, but have you ever learned the history of rivalries, hard times and great victories that made the hotel what it is today? 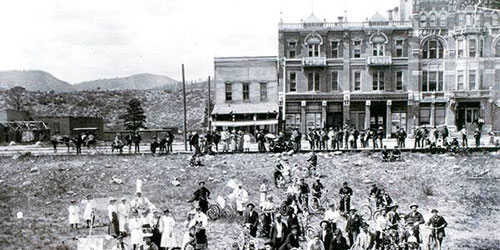 1887- 1893: The Strater Hotel got its start when a young pharmacist from Cleveland decided to open his own pharmacy. He built a red-bricked, white sandstone hotel with the help of his brothers, Fred & Frank, and his father Antone. He opened his pharmacy in the corner of the hotel, and with no intentions of running the rest of the property himself, leased the hotel out to H.L. Rice. After the lease was signed, Strater realized that he had forgotten to exclude his pharmacy from the lease, and Rice began to charge him high rent.
Angry about Rice’s high rent charge, Strater built the Columbian Hotel in 1893 to run Rice out of business. Unfortunately for both hotel owners, the silver panic hit in 1895 and both businesses went under. 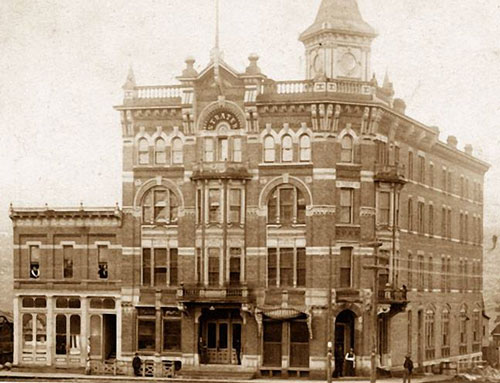 1893 - 1983: After the silver panic ended, the Bank of Cleveland sold the Strater Hotel to Ms. Hattie Washburn and Charles E. Stilwell. The two worked together to transform the property into a destination full of the finer things, like opera and dining. They held onto ownership until 1926, when Earl A. Barker, Sr. and a group of businessmen bought the hotel. Barker and the group began to refresh the property once more. Throughout the years, the hotel experienced upgrades to include modern amenities, such as bathrooms, AC, heating, televisions and more. While doing this, Barker made a point to seek out Victorian era furniture and decor to keep the hotel true to its past. In fact, all previous owners wanted to keep consistent with the history of the Strater Hotel. 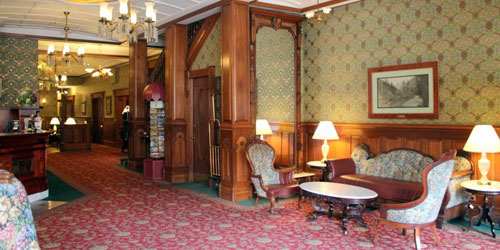 Today, The Strater Hotel boasts the world’s largest collection of American Victorian-era walnut furniture. The hotel is coined as a living history museum, where Durango’s past lives on. Guests of the hotel can stay in one of 93 uniquely designed guest rooms. Each room holds fine woodwork, Victorian furniture and unique stories. The Strater also boasts The Diamond Belle Saloon, Office Spiritorium, Mahogany Grill Restaurant, the Pullman Room and a granite and marble-lined public restroom. 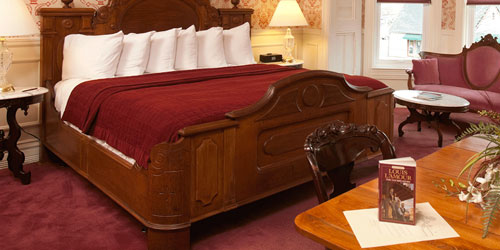 The Strater Hotel has been a second home to many special guests over the years. One of the most notable visitors was western author Louis L’Amour. L’Amour would take his family to Durango and stay in room 222, which is now named after him. The room was situated above the Diamond Belle Saloon. L’Amour credited the saloon for setting the mood of his Old West Novels, many of which were written inside the Strater hotel.
Today, guests can stay in room 222 and get a feeling for what inspired L’Amour in his writing career. Visitors can also stay in other rooms named after visitors and owners, such as the Earl A. & Jentra Barker room. To read stories of the hotel's previous guests, pay attention to The Strater's facebook page On your next trip to Durango, make sure to stop by and see the history of Durango preserved within the Strater Hotel. All visitors are encouraged to explore the public spaces within the hotel, but don't just drop by. Book a stay in one of the guest rooms and see even more of the Victorian design and the history of the Strater Hotel for yourself. Throughout the year, the Strater also hosts multiple events for Durango visitors, including the Durango Cowboy Poetry Gathering. Visit the Strater Hotel's website for a full history of the property. 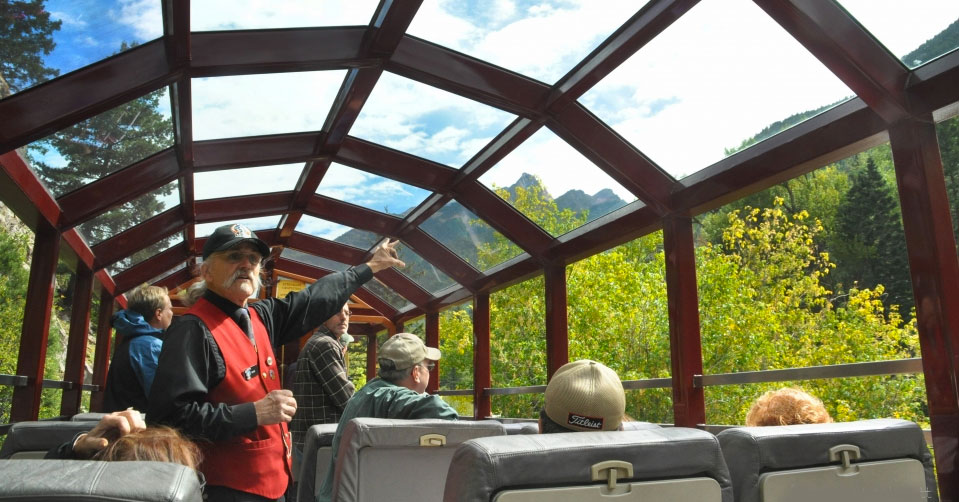 Learn About the Legend of Animas Forks